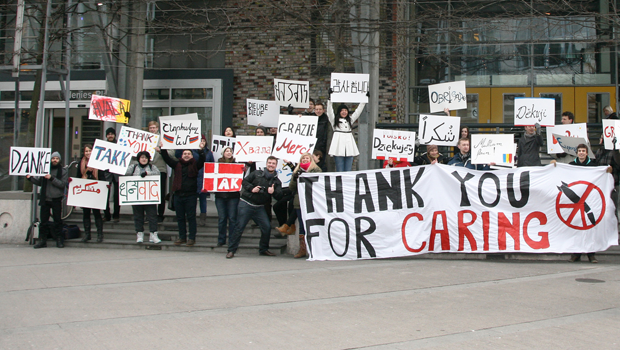 Since it began in 2013 the so-called ‘Humanitarian Initiative’ has re-focused the attention of governments on the risks associated with the continued possession of nuclear weapons, and the humanitarian consequences of a nuclear detonation. It has also prompted some unusual reactions from nuclear-armed states and their allies, exposing the hypocrisy and double standards of their nuclear weapons policies.

As a result of the humanitarian initiative, 122 states have sign a “Humanitarian pledge”, which commits governments to work to “fill the legal gap for the prohibition and elimination of nuclear weapons”. At the UN General Assembly last year, these governments have now establish a new UN working group which will address new legal measures, legal provisions and norms’ for achieving a world free of nuclear weapons, such as a new treaty prohibiting nuclear weapons. The working group starts on Monday 22 February in Geneva.

We kindly ask you to confirm your presence by contacting the Communications Manager, Daniela Varano, by phone: +41 (0) 78 726 26 45 , or per email: daniela@icanw.org