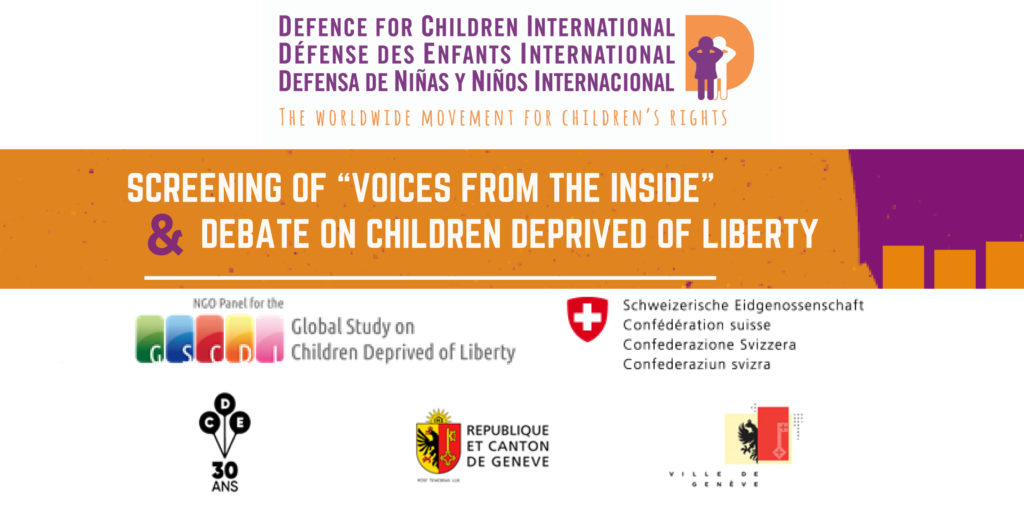 As we celebrate the 30th anniversary of the Convention on the Rights of the Child (CRC), the most widely ratified UN human rights treaty, for all it has achieved, it is important to remember that millions of children around the world are being deprived of their liberty contrary to the convention which provides that children, in principle, shall not be locked up in any place from which they cannot leave at their free will. Deprivation of liberty in any form, whether in police lock-ups, jails or prisons, migration detention centres, in psychiatric hospitals, in orphanages, drug rehabilitation centres, children’s homes for the purpose of educational supervision, in special facilities for children with disabilities or any other such institutions, shall only be permitted in truly exceptional situations as a measure of last resort, and only for the shortest appropriate period of time.

Children deprived of liberty are exposed to increased risks of abuse, violence, acute social discrimination and denial of their civil, political, economic, social and cultural rights; certain disadvantaged groups are more affected than others; and society is affected at large as deprivation of liberty tends to increase social exclusion, and recidivism rates.

This is a particularly important time to reflect on children deprived of liberty on the eve of the official launch of the full UN Global Study on Children Deprived of Liberty here in Geneva by Prof. Manfred Nowak, that Defence for Children International (DCI) has been involved in since the conception and have been the co-convenor of the NGO Panel for the global study since 2013.

President of Defence for Children International

Member of the Committee on the Rights of the Child

Special Representative of the Secretary-General on Violence against Children