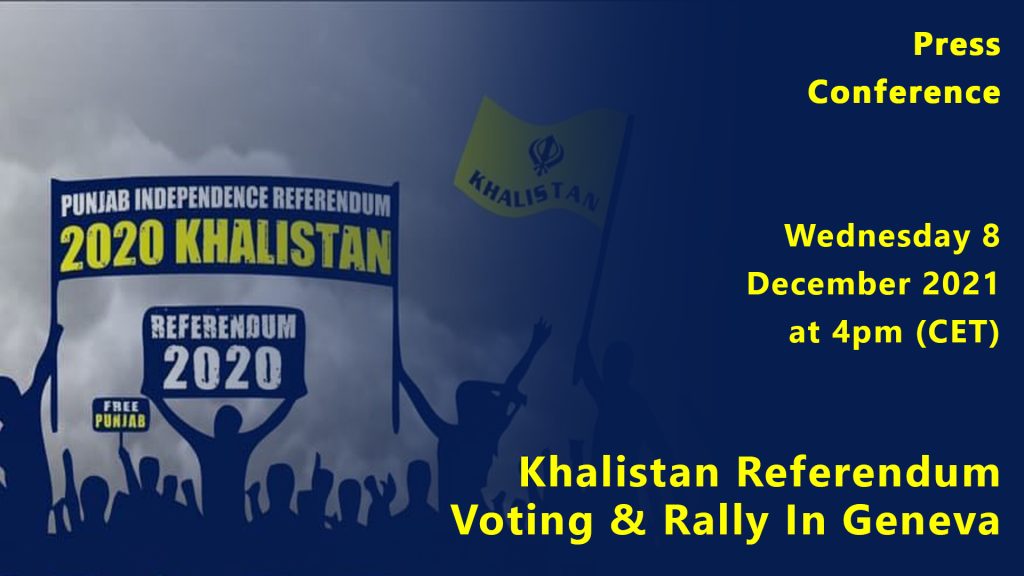 Sikhs For Justice
Sikhs For Justice (SFJ) is an international human rights advocacy group spearheading the campaign for Sikhs’ right to self-determination which is one of the fundamental rights of all peoples guaranteed in the UN Charter; International Covenant on Civil and Political Rights (ICCPR). SFJ is organizing non-governmental Khalistan Referendum on the question of right to self-determination and secession of Punjab from India.

The Voting in SFJ’s unofficial Khalistan Referendum is being held under the guidance and supervision of Punjab Referendum Commission (PRC) www.punjabreferendumcommission.org an independent panel of direct democracy experts to ensure the transparacy of voting and compliance with the internationally recognized best practices.